The Independent Examiners are responsible for managing all complaints (specific instances) brought to the AusNCP, including:

Independent Examiners also assist in raising awareness of the AusNCP functions and the OECD Guidelines for Multinational Enterprises.

The Examiners are supported by the AusNCP Secretariat in the Treasury and a multi-stakeholder Governance and Advisory Board. 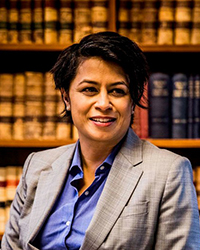 Shanta Martin is a Melbourne-based barrister with over twenty years’ experience in business and human rights.

Shanta practises in commercial, corporate regulatory, and public law in the Federal and Victorian courts and in commercial arbitrations. Qualified both in Victoria and in England and Wales, she has extensive experience in litigation arising from the operations of corporate entities internationally. She is the Victorian Bar member of the Law Council of Australia’s Business and Human Rights Committee.

Shanta was formerly a partner at London-based law firm, Leigh Day, specialising in international disputes and leading pioneering litigation including in claims arising from modern slavery, human rights abuse and environmental harm. She previously headed up the business and human rights work at Amnesty International’s International Secretariat in London and at Oxfam Australia. She was actively engaged in the development of the United Nations Guiding Principles, the 2011 revision of the OECD Guidelines for Multinational Enterprises and the International Finance Corporation’s Performance Standards review. 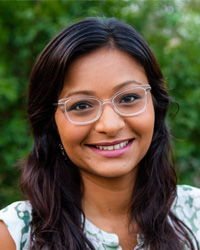 Shiv Martin is a nationally accredited mediator, practicing lawyer, statutory decision maker and certified vocational trainer. She has engaged in dispute resolution, stakeholder engagement and team building in the government and legal sectors for over 10 years.

As an Assistant Information Commissioner for the Queensland Government, Shiv has experience making statutory decisions on the information and privacy rights of individuals, corporations and government entities. She also conducts private mediations and works as a facilitator for public sector workplaces and community organisations through her own practice.

As a Conference Registrar for the Administrative Appeals Tribunal, Shiv has conducted conferences and conciliations in a broad array of public sector disputes including tax, worker’s compensation, disability support and social services complaints. She is an active member of the South Queensland Dispute Resolution Centre. She has taught dispute resolution at the University of Queensland and Newcastle University.

Shiv was appointed as an AusNCP Independent Examiner on 10 June 2022. 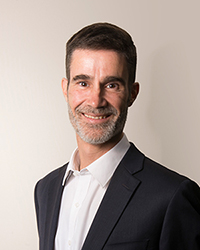 John Southalan is a barrister and academic based in Western Australia with extensive experience in responsible business conduct and dispute resolution.

John has advised governments in Australia and internationally on mining law and worked for over eight years with Australia's Human Rights Commission and the Yamatji Marlpa Aboriginal Corporation in relation to Indigenous land rights.

He has engaged with industry and governmental reviews about mining and indigenous rights, and was involved in the Mining, Minerals and Sustainable Development process.

Since 2019, John has been contracted to the Treasury as the inaugural AusNCP Independent Examiner. In this role John has managed around ten complaint cases (specific instances) under OECD Guidelines for Multinational Enterprises and has promoted responsible business conduct and the OECD Guidelines at a wide range of national and international events.